The traditional thinking, though somewhat flawed and eroneous, was that low fat diets are superior to low carbohydrate diets. This in fact, was one of the primary messages spread by the now withdrawn Food Pyramid from USDA. What this “fat is worse than carbohydrates message” meant was that we tend to choose carbohydrates, versus fat given a choice, and we also avoid most sources of protein as fat and protein tends to go together.

Unfortunately, carbohydrates need Insulin, a hormone produced in the Pancreas, to process the carbohydrates. The higher the glycemic index of foods, the higher the demands on the pancreas to produce more insulin. While the pancrease may cope with this excess demand initially, it is believed to lead to a phenomenon called insulin resistance.

It is a proven fact that, consuming high amounts of carbohydrates, especially the refined sugars such as breads, bagels, pasta, rice, sweets, fries, chips etc, without adequate protein, leads to fat accumulation. In this respect, I would like to point out that, not all carbohydrates are made equal.

W8MD’s low carbohydrate, balanced 800 calorie VLCD diet or – 1200 calorie LCD diet are both low in carbohydrates in accordance with the current evidence and thinking from the professional societies such as the American Association of Bariatric Physicians. Our physicians are well versed with the evidence and use the proven scientific principles in combating Obesity, and the metabolic effects associated with it. 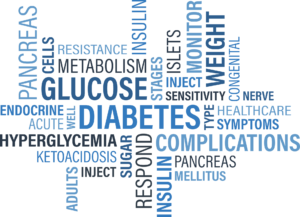 It is important to note that you do not necessarily be overweight or obese in order to get the ill effects of metabolic syndrome. There is a well defined disorder called normal weight, metabolically obese body type where a person may have normal body mass index, but can still have insulin resistance, metabolic syndrome or a diagnosis of type 2 diabetes.

Learn more on why low carbohydrate diets are superior to other low fat diets using evidence from clinical trials on this page. We will post the links, articles and the science on this page.

Why The Food Pyramid Failed?

The following is an article written by by Dr. Prab R. Tumpati, MD published in 4Health Magazine.

In May 2011, the USDA released a graphic called “My Plate” to help people choose what foods to eat. This new guideline is meant to replace the old “Food Pyramid» that many people grew up with. Remember the triangle shape with the bread, cereal, and rice at the bottom and the fats and oils to be «used sparingly» at the top? This useless and misleading food pyramid,which has been confusing consumers for over 25 years, has advocated a philosophy of eating more grains and other less “fatty”

What the Food Pyramid failed to do was to differentiate simple versus complex sugars. It also placed undue importance on grain-based products. Grain-based “simple carbohydrates” such as breads, potatoes, rice, cereal and pasta, although often low in fat, also rate high on the glycemic index. That means that they break
down quickly in the body, overwhelming the blood with sugars and potentially leading to a phenomenon called “insulin resistance.» Affecting up to one in every three Americans, insulin resistance is very common and can lead to difficulty losing weight, pre-diabetes, or type II diabetes, heart disease and other long-term health problems associated with obesity. With the new «My Plate» guidelines and some other tips, more Americans may be able to avoid these unhealthy complications.

Acanthosis nigricans of the neck

WHAT IS INSULIN RESISTANCE?
Insulin resistance is a condition in which the body produces insulin, but does not use it properly.
Insulin, a hormone made by the pancreas, helps the body use glucose (natural sugar) for energy. When people are insulin resistant, their muscle, fat, and liver cells do not respond properly to insulin. As a result, their bodies need more insulin to help glucose enter cells. The pancreas tries to keep up with this increased demand for insulin by producing more. Eventually, it becomes overworked and may no longer be able to meet that demand. Excess glucose builds up in the bloodstream, setting the stage for diabetes. Many people with insulin resistance have high levels of both glucose and insulin circulating in their blood at the same time. Learning about insulin resistance is the first step toward making lifestyle changes that can help prevent diabetes and other health problems.

TIPS FOR AVOIDING INSULIN RESISTANCE
According to the American Diabetes Association,nearly two million new cases of diabetes were diagnosed
in people aged 20 years and older in 2010.Since the grossly misleading food pyramid was introduced.

When we eat too much, obesity may develop as a result of chronically high insulin levels, not the other way around. That’s according to new evidence in mice reported…

in the December 4th Cell Metabolism, a Cell Press publication, which challenges the widespread view that rising insulin is a secondary. The new study helps to solve this chicken-or-the-egg dilemma by showing that animals with persistently lower insulin stay trim even as they indulge themselves on a high-fat, all-you-can-eat buffet. The findings come as some of the first direct evidence in mammals that circulating insulin itself drives obesity, the researchers say.
The results are also consistent with clinical studies showing that long-term insulin use by people with diabetes tends to come with weight gain, says James Johnson of the University of British Columbia.
Source: http://www.sciencedaily.com/releases/2012/12/121204145549.htm